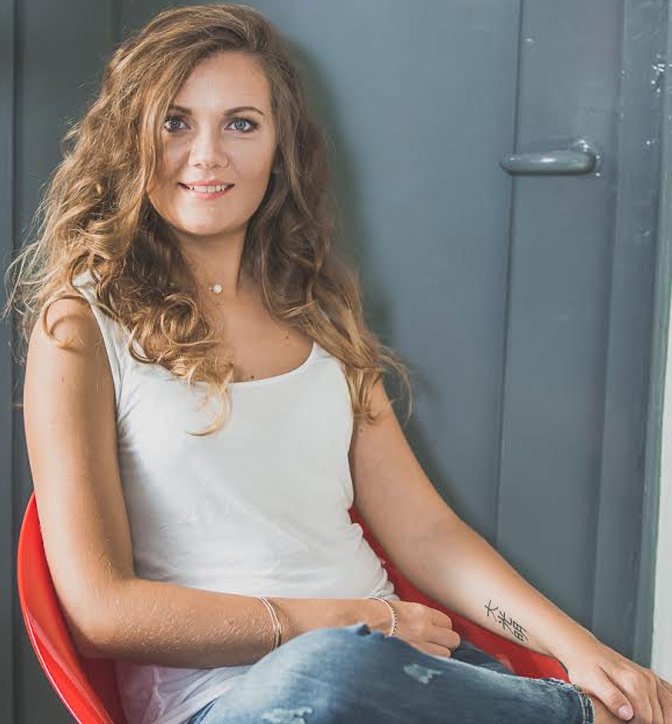 My name is Julia. I was born in a small town bordering Kazakhstan, which is usually called a province in Russia. It’s a town where Europe and Asia are divided by a river. It means that you can get from Europe to Asia in 20 minutes. I suppose, it left a certain imprint on my consciousness since childhood and I always believed deep in my heart that there's "a bridge between Europe and Asia". I call it belief in the best, some people call it faith in God, others may call it self-confidence. One such gift in my life was my family. In Russia it's called a dysfunctional family or a risk group. And I was grew up feeling I was in "a risk group". And maybe this "risk" allowed me to cross "the bridge from Europe to Asia". My parents were always a good example of this crossing, but their "Asia" was full of pain, suffering, detachment from the world and all possible drama of our lives. And only heroin let them remember that "Europe" exists too.

The situation seemed hopeless. The 90s were difficult years for the country, Russia was in it's own crossing. The economic situation in the country wasn't easy, so was life for many citizens. But books, knowledge, a hardworking and creative attitude became my "Asia". I was especially inspired by tales of people of the world, travelers' stories, myths, legends, sayings, religious beliefs of different nations, books in languages I didn't speak, but knew I could understand. These books helped me leave my small town and enroll in University in the capital of Russia.

My education is quite similar to my favorite books: World Economics, International economic cooperation. In my first year in university, I realized that there is another Europe and Asia than the ones I had already discovered.

My heart beckoned me somewhere else, and inner emptiness and anxiety, usually uncommon for an 18 year old, pushed me to seek an island of hope, harmony and paradise. I soon realized that looking outwards was bringing me nowhere; I had to go “in”. And as they say "the great spiritual quest" began: attempts and errors, disappointment, inspiration, falls, self-hatred, hatred towards the world, the rise of unconditional love. I felt like I was back in the same “risk group” where I spent my childhood.

I couldn’t shake the feeling that I lack knowledge, practice and depth, that everything is an illusion, untruthful. Later the realization came that the pain, a lot of my beliefs, thoughts and attitudes were taken from the ones I loved as a child. And that's when actual spiritual growth started.

I looked at others and saw how easy it was for them to practice yoga, Reiki, Theta-Healing, etc. and I couldn’t get why it was so hard for me. I was looking for an easy way, a shortcut. After a while I understood that to whom growth came naturally could be divided into two categories: people who have already passed the difficult part of the way of self-development and people who were fooling themselves.

Now, I can say with full confidence that the desire to change our lives and to steer them in the direction we would like is not easy task, but doable. The important things are hard work, risk, hope for the best and an understanding of what the border between "Europe and Asia" is, that its a responsibility and in your hands. You can call this border the freedom of choice and a personal responsibility. Of course, I want to thank all those who supported and still support me along the way, those from whom I learned and those whom I taught. At this point, I'm a practicing astrologer, Reiki Master and Teacher, ThetaHealing and Kundalini yoga practitioner and instructor. I conduct Family Constellations (Bert Hellinger), trainings, seminars, consult in different countries of the world. Moving across borders of different worlds quite often, I witness a simple truth - we are all one and the same, regardless of language, religion and nationality, we all want the same thing: to be happy, joyful, loved, to create with passion and inspiration. All these techniques have helped and still support me and a lot of people that I meet. All of these self-helping methods are about one thing: hope for the best and your personal boundaries between "Europe and Asia".